Belvie started its operations in Niger in December, 2014 with the installation of its first facility to bottle natural mineral water. At that time, the bottled water market was mostly dominated by local bottling companies that didn’t focus on quality control and stringent testing of the product. Consumers had a distrust on local products, leading to the importation of bottled water priced much higher. Belvie Eau Minerale Naturelle with its state of the art bottling facility, two dedicated Chemical and Micro Biological testing Laboratories, transparent information was quick to make its place in consumer’s lives. Soon, the factory become the first in the sub region to be granted the ISO 22000 certification for its high levels of hygiene and food safety.

Belvie then diversified into Carbonated Soft Drinks in July, 2018 with the launch of Belvie Nuvo, and the installation of its second, fully automatic bottling facility, with an addition of a third laboratory. Belvie Nuvo is recognised for its high quality, best taste and sleek packaging design. It has been refreshing the mass population with high value and competitive pricing.

Belvie has been recognized widely for its development efforts. It plays an important role by imparting manufacturing skills and expertise to the local youth. It is also a regular contributor to community building and socially relevant events and causes.

Belvie is currently working on expanding to other countries in the region and beyond, with a goal to become one of the leading Beverage brands on the continent. 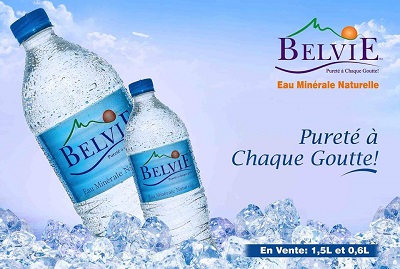